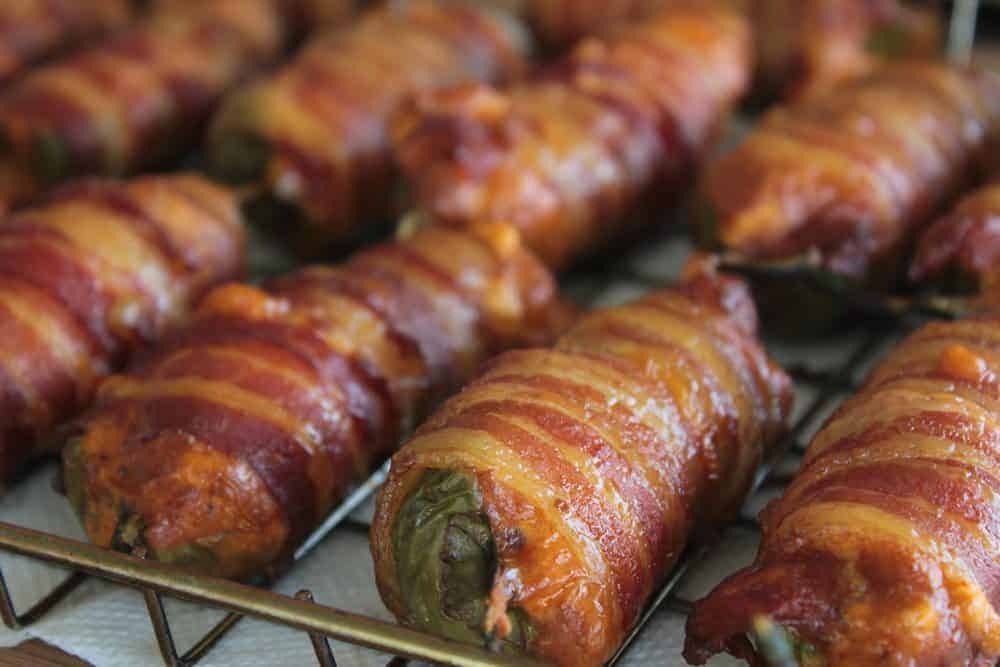 I have written on several occasions about these glorious smoked, bacon wrapped, cream cheese stuffed jalapeños (known in the smoking community as Atomic Buffalo Turds or ABT’s for short). Well.. this week I have taken that same concept and added a jumbo shrimp into the jalapeño pepper just before stuffing it with cheese and they are amazing.

Quite easy to prepare and it doesn’t take them long to smoke so these make excellent smoked appetizers for things like 4th of July get togethers and other events that call for finger foods and between-meal crowd pleasers.

Get the shrimp ready first thing so they can marinate while cleaning the peppers and making the cream cheese mixture.

I buy the jumbo (21/25 shrimp per pound) or slightly larger if I can find them. 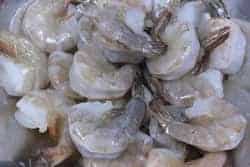 If they are frozen, place them in a colander and run cold water over them for about 3-5 minutes until they are thawed.

I usually remove the shell before I marinate them in my original rub.

To marinate them, place the peeled shrimp into a large ziptop bag and pour about ¼ cup of rub down into the bag.

Zip the bag closed and gently massage and/or roll the bag until all of the shrimp are well coated with the rub.

If you like, you can pour in a little olive oil to help form a paste but it’s not really necessary.

Once they are well coated, place them in the fridge for about 30 minutes to an hour. My rub flavors them very nicely without covering up the natural great taste of the shrimp. 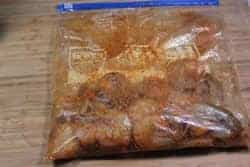 When the shrimp are finished marinating, pour them into a bowl for easy access during the stuffing process. 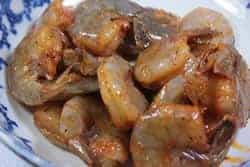 For this version of stuffed jalapeño peppers, I recommend choosing the largest jalapeños you can find. This gives you plenty of room to place a jumbo sized shrimp in there along with plenty of the cream cheese mixture.

Each pepper gives you two stuffed peppers so figure out how many you want to make then get half that many peppers.. (plus an extra 20 like I always tend to do!)

You really can’t have too many of these.. they are that good. 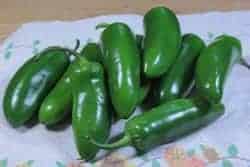 Cut the peppers in half lengthwise and clean out the seeds and ribs using a sharp knife.

Note: I took an old teaspoon and sharpened the edges with a file. This makes a great tool for scraping out the seeds and the ribs. 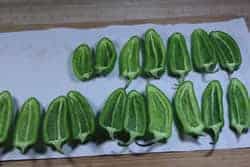 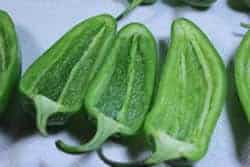 The peppers are ready to be stuffed at this point so set them aside for now.

What’s not to like about cream cheese mixed with shredded cheddar and a generous bit of my rub mixed in for great flavor!

I have discovered that I can usually stuff about 20 pepper halves with a single recipe of cream cheese mixture. Just something to give you an idea of how much you might need to make for the number of peppers you want to stuff.

Plop it into a large bowl.. (it does plop so that’s a professional explanation of the process) 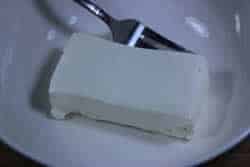 Add about 1 cup of shredded cheese.. that’s about a handful if you don’t want to measure real closely.

Pour on about 2-5 TBS of my original rub

I tend to use about 3-4 depending on my mood and it may be more than that if I lose count.. I’ll add on an extra spoonful for good measure if I can’t remember how many  I’ve done so far. 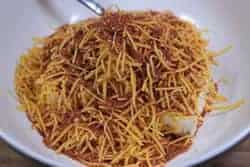 Mix it up real good.. a fork works great for this. 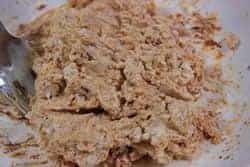 The mixture is now ready to use, set it aside.

Stuff the Peppers with Shrimp and Cream Cheese

Now that everything is ready, we can finally stuff the the peppers.

Lay a shrimp into the pepper half. 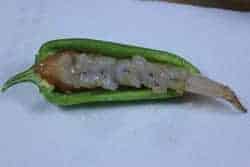 Since shrimp like to curl up into a “C”, I made several cuts in the shrimp body to help it lay more flat. 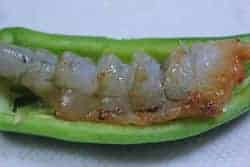 Stuff cheese on top and around the sides of the shrimp using your fingers.. there’s not a better tool available for this part of the process. 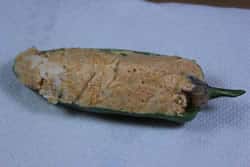 You can be as neat or as messy as you like here. It will be covered with bacon, so no one will ever know if it’s not perfect. It will taste perfect either way and that’s what really matters.

Cut strips of bacon in half and wrap the halved slices around the pepper trying to end up at the bottom.

This allows the pepper to sit on the bacon and keep it in place. Some folks use toothpicks and I have done it but since discovered that it’s really not all that necessary. The bacon is sticky and easily stays in place.

Place the stuffed, bacon wrapped peppers on a Bradley rack, if you have one, for easy transport to and from the smoker. If your smoker grate is large enough, you won’t even have to take the peppers off of the rack while they cook. 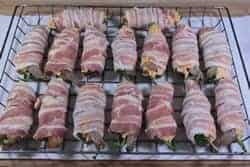 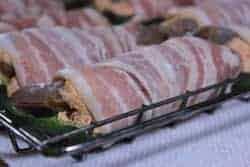 Please note: I dusted a batch of these with my “Jeff’s naked rib rub”  just before they went into the smoker and they were extremely tasty.. I highly recommend that you follow suit and do the same!

I say this a lot but I will repeat myself for the sake of those new to the list – It does not matter if you are using electric, charcoal, gas or wood as a heat source for your smoker, as long as you maintain the proper temperature in your smoker and cook the food until it reaches a certain temperature or level of doneness, it will be better than anything you can make inside in your oven.

Setup your smoker or even your grill for indirect cooking at 225°F and once it is holding a steady temperature, you are good to go.

If your smoker has a water pan, use it.

I recommend having enough dry smoking wood to last the full duration. Pecan wood is great on these but any smoking wood will work.

For most meats and foods we cook to temperature but for these, you are looking for a pepper that is soft, cheese nice and melty and bacon as crispy as possible. I can tell you that the bacon will not get very crispy in 225 °F heat but it should not be chewy.

Use the thinnest sliced bacon you can find for best results.

I have found that 3 hours is usually perfect for these but it doesn’t hurt to start checking them at 2 hours in and, of course, the only way to check them is to eat one ;-)

If there’s any left after you have tested and tested to make sure they end up perfect, set them out for your guests and watch them disappear right before your eyes. 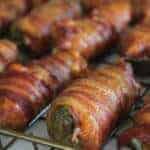 Smoked jalapeño peppers stuffed with goodies are an amazing appetizer and this version stuffed with a jumbo shrimp and a cream cheese mixture take things to a whole new level. 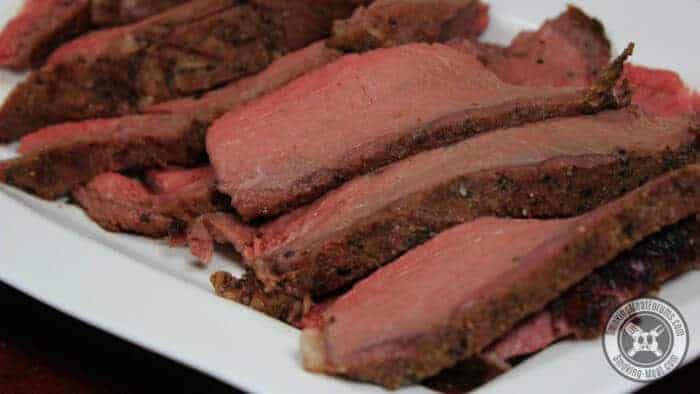 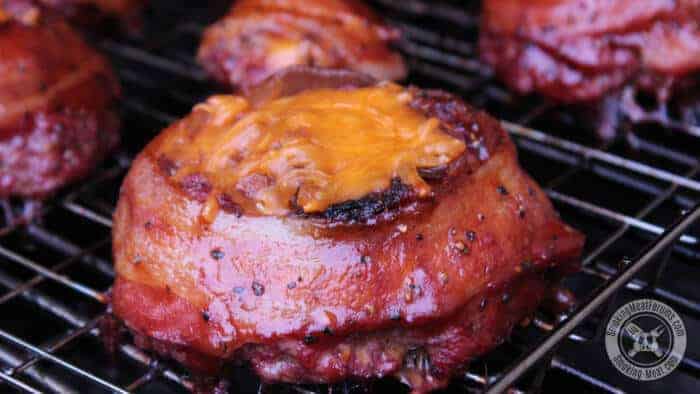 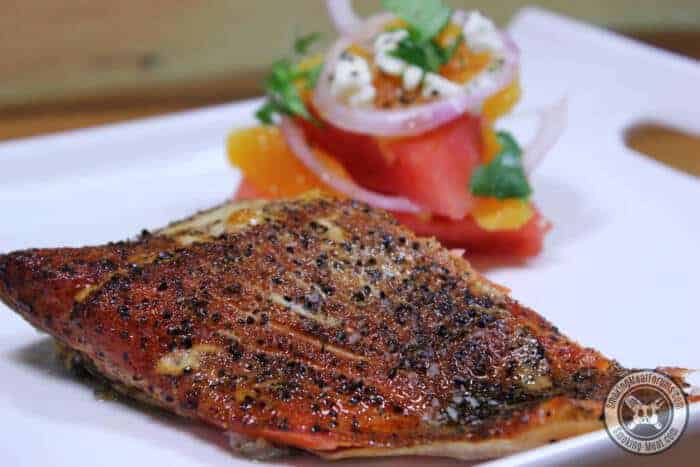 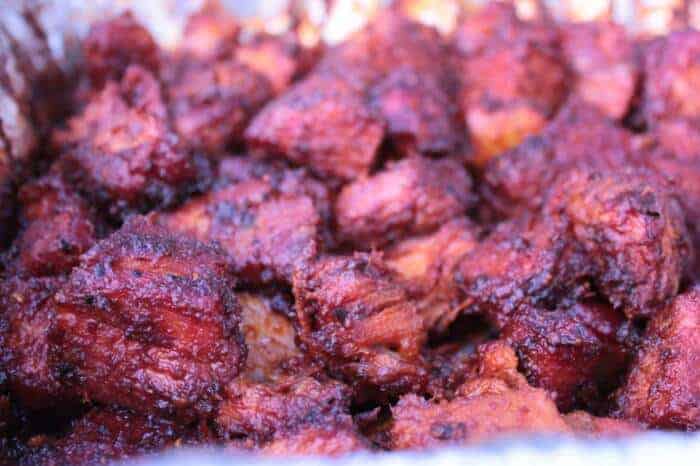 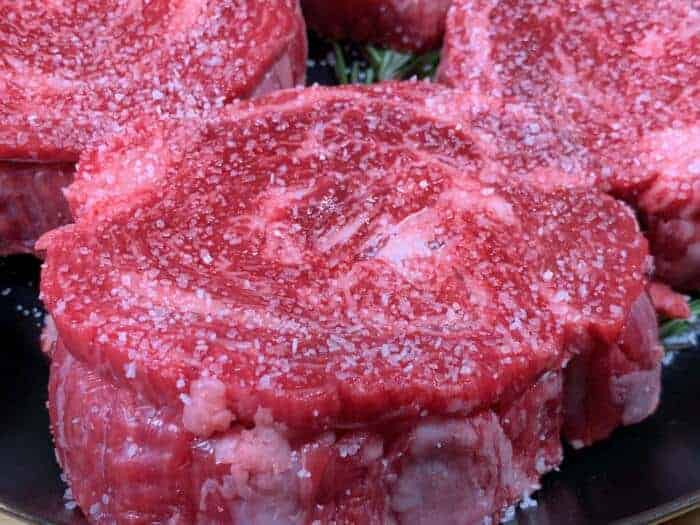