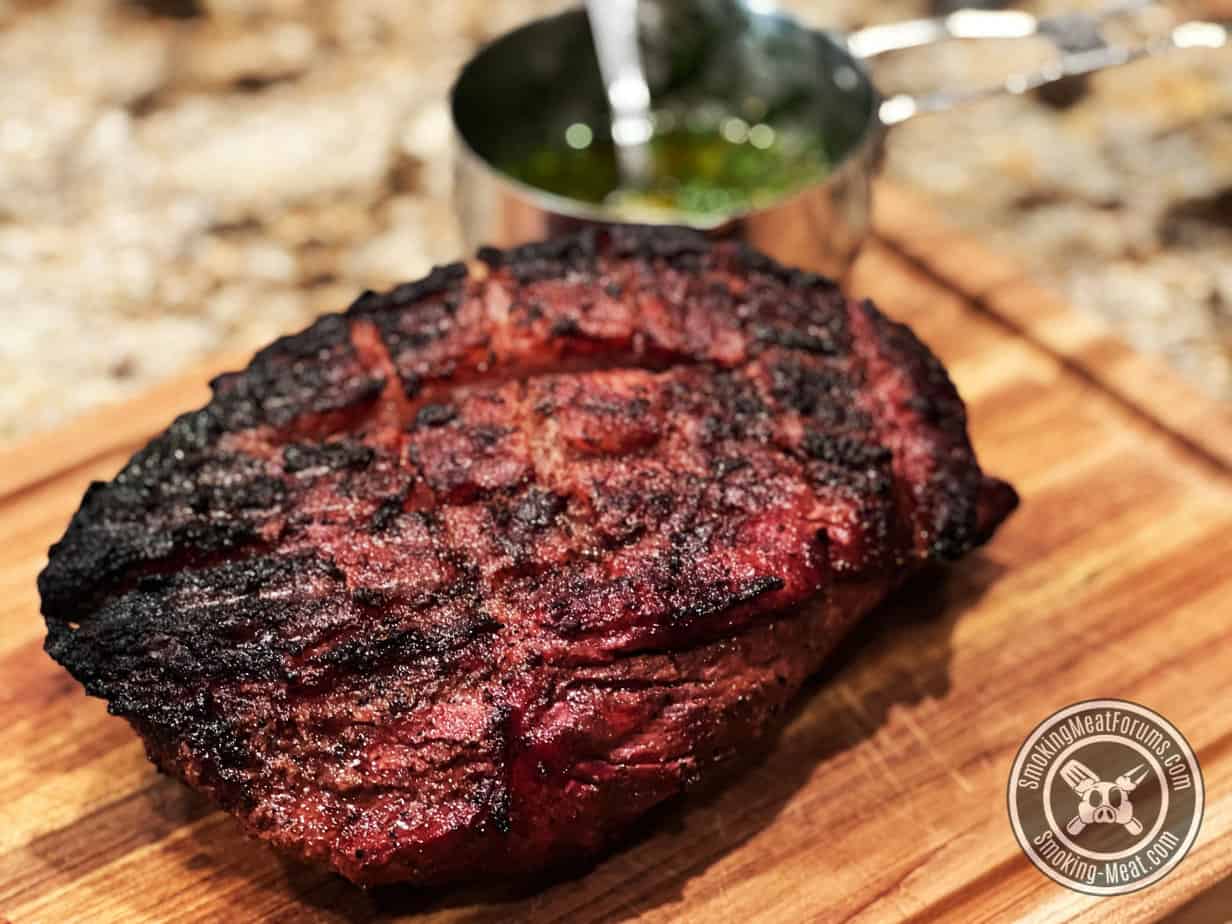 This smoked picanha recipe uses a sirloin cap which is a somewhat lean piece of beef with a thick, buttery fat cap. It is best cooked over hot wood coals and served with a delicious chimichurri sauce.

In this write up, we are smoking the meat in the Pit Barrel Cooker but you can easily use whatever smoker you have and finish it off with some high heat from the grill or even the oven broiler if you need to.

I have included my very own homemade chimichurri sauce recipe below for your enjoyment. Be sure to let me know how you like it!

If you can’t find a picanha where you normally buy meat, ask the butcher for it or go to a local butcher shop and order a couple. They are SO worth it and I have no doubt you’ll be doing this one again and again!

Place the meat fat cap DOWN on a cutting board or other flat surface.

Using a sharp knife, remove as much of the silver skin as you can.

You can also remove any extra fat that is on the surface of the meaty side.

Flip the meat over to fat cap UP.

Using a sharp knife, cut a crosshatch pattern through the fat down to the surface of the meat.

These cuts help to crisp up the fat and give the seasoning a place to get down into so it can influence the flavor of the meat.

Place the picanha into a foil pan.

Pour about 2 TBS of Worcestershire sauce over the top to help the seasoning to stick.

Apply a generous amount of Jeff’s Texas style rub  onto the fat cap allowing it to get down into the cuts we just made.

Because my rub is so low in salt, we’ll want to also add a little extra salt to the fat cap.

Note: I used about 1.5 TBS of rub and 1 tsp of coarse kosher salt on the fat cap.

Flip the meat over to fat cap DOWN.

Pour about 2 TBS of Worcestershire sauce onto the meat side to help the seasoning to stick really well.

Apply a generous coat of Jeff’s Texas style rub and an extra sprinkling of coarse kosher salt to amp up the flavor and give the meat a little dry brining.

Note: I used about 1.5 TBS of rub and approximately 1 teaspoon of coarse kosher salt on this side.

With the meat still in the foil pan and covered with foil, place it in the fridge for at least 2 hours. Overnight is best.

While the meat is in the fridge is a great time to make the chimichurri.

Add everything except the salt and the greens to a small bowl and stir together.

Chop parsley and cilantro but not too fine and add it to the mix.

Tip: You can use a food processor if you’re really careful but I prefer to do a quick chop by hand using a sharp knife.

Stir well then salt to taste.

Place into the fridge for several hours to allow the flavors to come together.

Note: remove chimichurri from fridge about 30 minutes before using. It is best served at room temperature.

I used the Pit Barrel Cooker for this one but you can use any other charcoal/gas grill or even a smoker as long as you cook to temperature, rather than time.

I set up the barrel for cooking according to the manufacturers directions and once it was ready to cook, I inserted the cooking grate.

I thought about hanging the meat but wanted the fat cap to face down the entire time to not only protect the meat from the direct heat but to allow the fat cap to crisp up really nice.

Place the meat fat cap down onto the grate of the barrel, replace the hanging rods and the lid and chill out for about an hour.

After 1 hour, check the temperature of the meat.

When the center of the picanha reaches 110°F (43°C), it’s time to crack the lid a little and open up the circular air inlet at the bottom.

This is to increase the air flow through the cooker and raise the temperature to further crisp the fat cap.

Note: I could also have just removed the lid to increase the flames/heat but I prefer to do this with the lid mostly closed.

When the center of the meat reaches 130°F (54°C), it is done to a perfect medium rare and must be removed quickly from the barrel and the heat.

Place the finished picanha back into a foil pan covered with foil and let it rest on the counter for about 10-15 minutes.

Slice the picanha across the grain into pieces that are about ½ to ¾ inch thick.

Do not trim off the fat but encourage your guests to eat the fat, it will be delicious!

Serve with a little chimichurri on the picanha steaks and listen to the happy sounds of guests enjoying the best beef they’ve eaten in a long time.

You can use another charcoal grill or even a gas grill in the same way, cooking it fat cap down.

In most other smokers the heat will be indirect. Cook at 275 to 300 °F if possible or as close to that as you can and keep an eye on the temperature.

When it reaches 110°F (43°C), remove it to a hot grill to crisp up the fat or you can place it fat cap up under an oven broiler if you have to.

Smoked Picanha in the PBC

You can use another grill or smoker for this picanha but be sure to cook to temperature rather than time.

Be sure to stop the cooking process early and find a way to crisp the fat cap under super high heat. 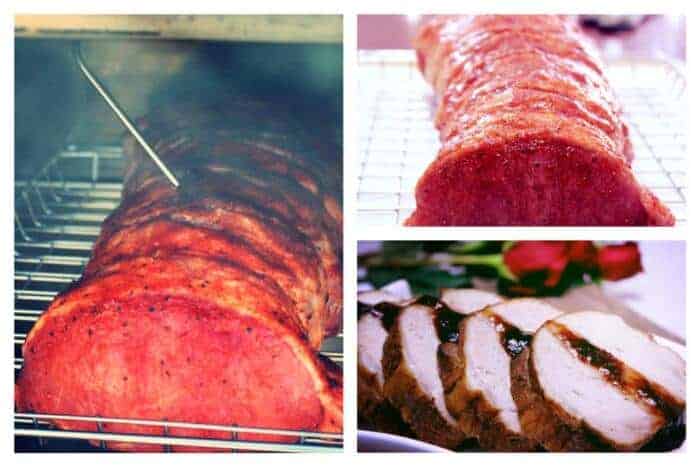 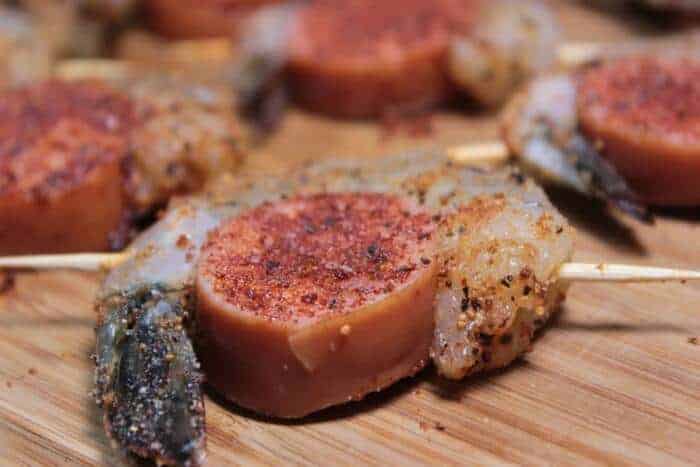 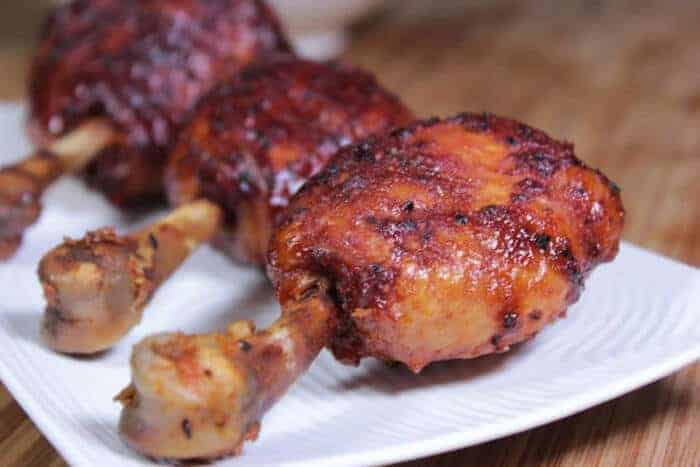 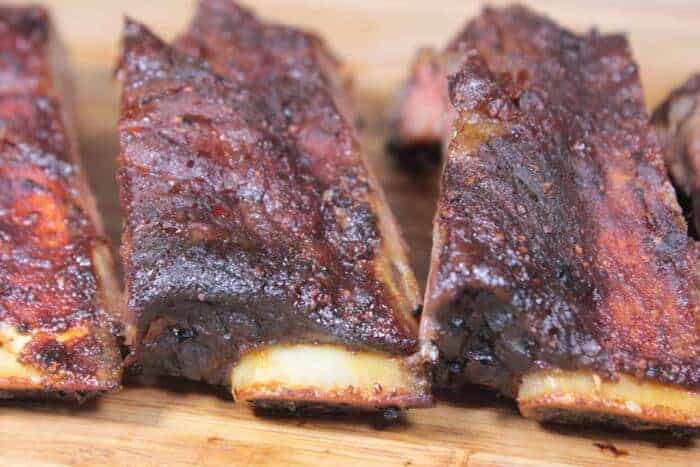