If you’ve ever wanted to make your own pastrami at home for St. Patrick’s day or just because you like the stuff, then the time is now and this is the 2nd step in that process.

In case you missed it, in part one I showed you how to prepare and cure the brisket for 6+ days. You can check that out HERE.

In this tutorial, I will walk you through the easy steps of post cure preparation and smoking the cured brisket to turn it into something absolutely juicy, tender and mouth watering!

Helpful Information
What You’ll Need
Continued from part one of this tutorial on how to make homemade pastrami from brisket – the cure..
Step 6: Rinse Well

Remove the pan with the brisket from the fridge and set it on the counter.

Try not to spill the thing like I almost did!

I recommend removing the brisket from the pan and setting it on some absorbent paper or down in a pan temporarily.

Discard the curing brine and rinse the pan. Refill with cold water.

Place the brisket back into the pan and rinse it really well with the cold water.

Remove the brisket and discard the water. We are now ready to test the salt level.

Step 7: Test for Saltiness and Soak if Necessary

To test the salt level, cut off a corner (preferably across the grain).

Heat a skillet over high heat and once it’s hot, add a small bit of oil (maybe a teaspoon) and add the brisket slice to the pan.

Fry the piece of brisket as you would a piece of bacon until it’s tender.

The piece below has been fried and is ready to eat.. note how it is still pink. That is the cure in the brisket keeping it from browning as meat normally would.

Taste and assess the salt level. Everyone has a different tolerance for salt so you’ll have to be somewhat subjective here.

It’s supposed to be salty but it should not be so salty that you can’t even eat it.. draw an imaginary line in your mind and decide if it’s ok or needs to be reduced a little.

To reduce the salt, fill the pan with cold water and place the brisket in the water. Put the pan back into the fridge for 3-4 hours then test the saltiness again by cutting off another slice about 1/8 or ¼ in thickness.

Continue doing this test and soak until you get it the way you like it.

For what it’s worth, using my version of Pops brine exactly as it’s posted, it did not need any soaking at all.

Step 8: Season it Up

The brisket has the perfect amount of saltiness and is ready to add some seasoning for that crust. Traditionally, coriander is a predominate flavor in pastrami but I really like the Texas style rub — what to do? I chose to crush up some coriander in my mortar and pestle and add it to my Texas style rub to kill two birds with one stone flavor-wise.

Note: if you don’t have a mortar and pestle or don’t even know what that is.. think of mortar as a ziptop bag and the pestle as a hammer. Place coriander in the bag, seal it up and take out some frustration.. carefully;-)

I added 1 TBS of crushed coriander to 3 TBS of the Texas style rub. You can adjust this to your own preferences.

The rub was mixed well and then some of it was applied all over the top of the brisket in a nice even layer. A fork was used to press the rub into the meat.

By the way, I’ve had a lot of people ask me about the pan and rack in the image below.. I found those on Amazon and they are super nice to have. Check them out.

The cured brisket is now ready for the smoker

Preheat the smoker to 225°F using indirect heat. If your smoker uses a water pan, fill it up.

For the wood pellets I used a competition blend of hickory, maple and apple from Pit Boss however if you are using a charcoal, electric or wood smoker, I recommend pecan or oak for smoke.

Once it’s ready, place the brisket in the smoker and maintain 225 to 240°F for 12-18 hours depending upon the size and thickness of your brisket.

I used the Camp Chef Woodwind Wifi on Hi Smoke which maintained an average temperature of about 225°F.

I used the new Smoke X to test the ambient temperature as close to grate level as possible.

Note: I did not insert a meat probe until the brisket had been in the smoker for around 14 hours and had reached that nice mahogany color that I was expecting.

You do not have to wrap the brisket.. I do this sometimes to speed things up and help keep it moist but often I just let it finish in it’s own time in a foil pan and it does just fine.

Because I trimmed so much of that fat off the top, I opted to place the brisket down in a foil pan and cover with foil when it reached 165°F.

Remove the brisket from the smoker and let it sit on the counter still covered for at least 1 hour.

Ready to slice it up and give it a taste! The excitement is almost more than I can handle!

It looked great, it tasted even more amazing and I am happy to have some extra fridge space back.

These are going to make some great sandwiches and maybe even some sauer kraut and corned beef over the next day or two.

Doesn’t the Texas style rub add more salt? A little but unlike MOST rubs out there, I based both of my rubs on flavor rather than salt. Salt was added at the very end to just pull the flavor to the front– gently.

Can you use a smaller piece of brisket or maybe a small 3 lb chuck roast? Absolutely! Just follow the same  instructions and only make enough curing brine to cover. It will work amazingly well.

What if I just want to purchase an already cured piece of brisket from my local grocery store? No problem at all. Start by frying a piece to check the salt level and just go from there using this tutorial. 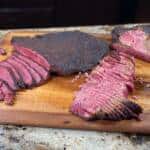 In this recipe, I will walk you through the easy steps of smoking your home cured brisket to turn it into something absolutely juicy, tender and mouth watering! 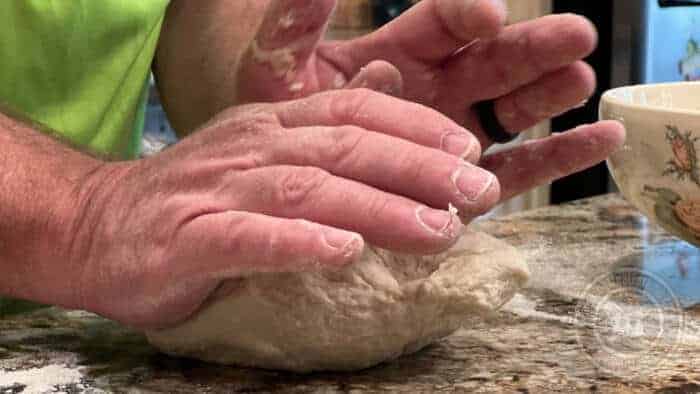 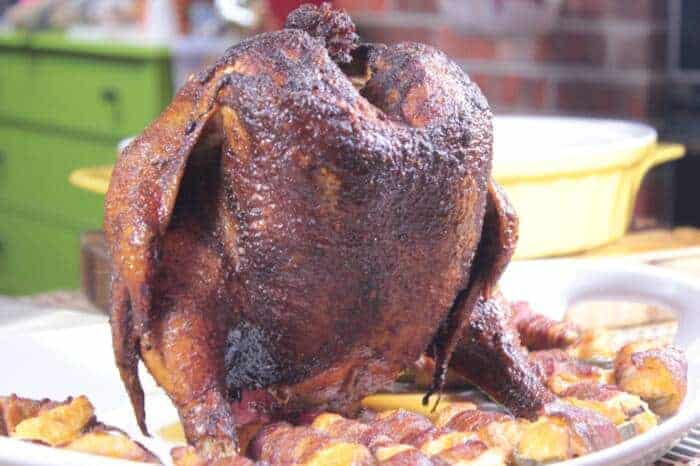 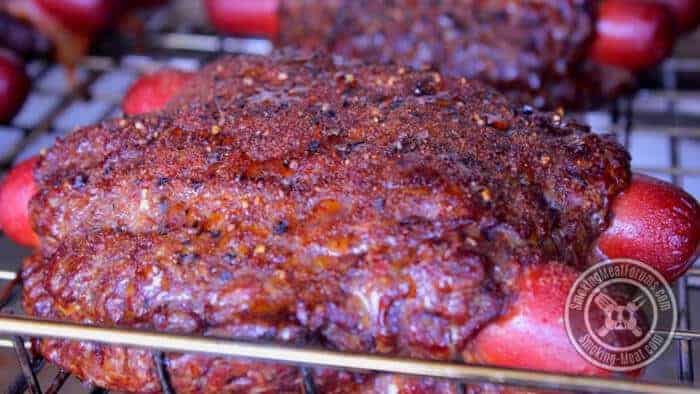 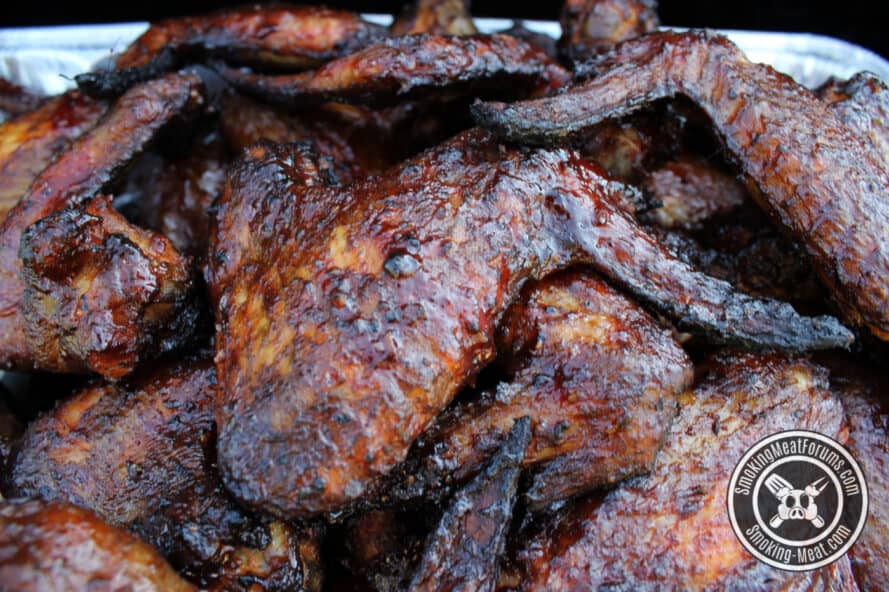 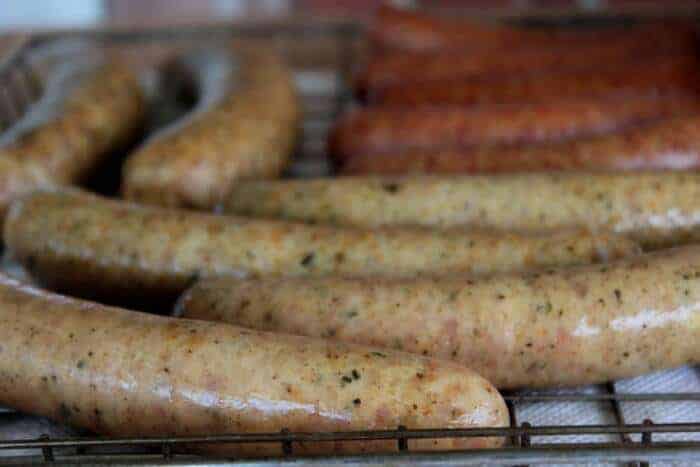 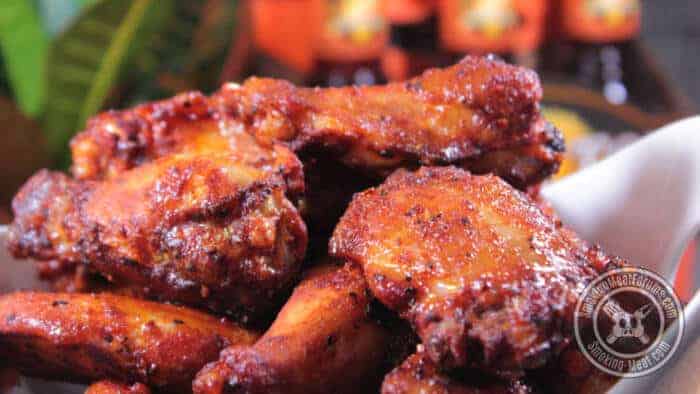