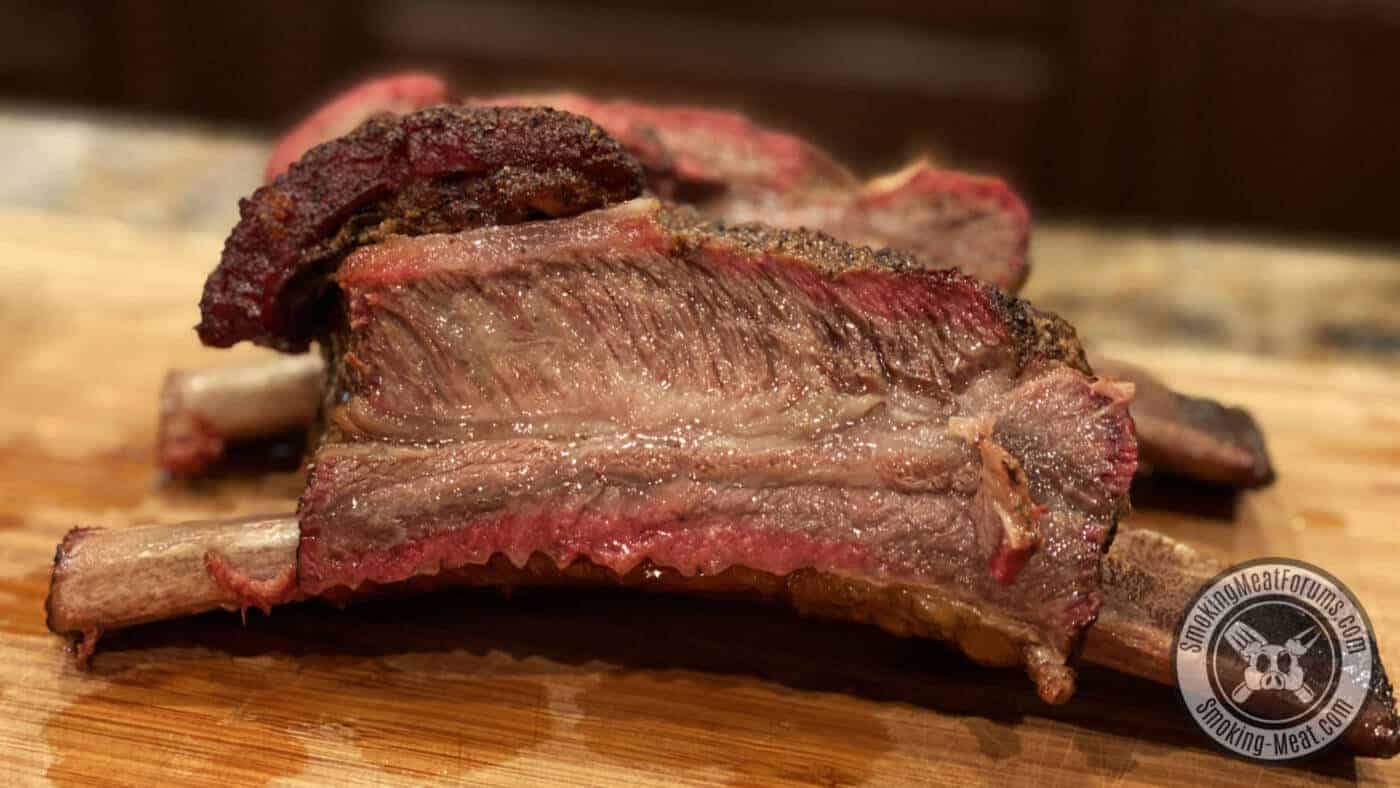 I got this huge rack of dino ribs (beef plate ribs) from Porter Road this week and they were just screaming to be smoked! These are just loaded with flavor and there was a ton of fat marbling within the meat so I kept the preparation real simple. I trimmed off most of the surface fat on top and then used my Texas rub (Purchase formula here | Purchase bottled rub) pretty liberally on the top side only. We're gonna let that natural beef flavor really shine through on these!

Please note that my rubs and barbecue sauce are now available in 2 formats– you can purchase the formulas and make them yourself OR you can buy them already made, in a bottle, ready to use.
Step 1: Trim Fat

This is not something you have to do but it makes for a better finish in my opinion. There was plenty of fat marbling within the meat and that's what really keeps the meat moist while it cooks.

If you decide to remove the fat, just use a very sharp knife and go at it taking off small bits at a time until it's down to where you want it. 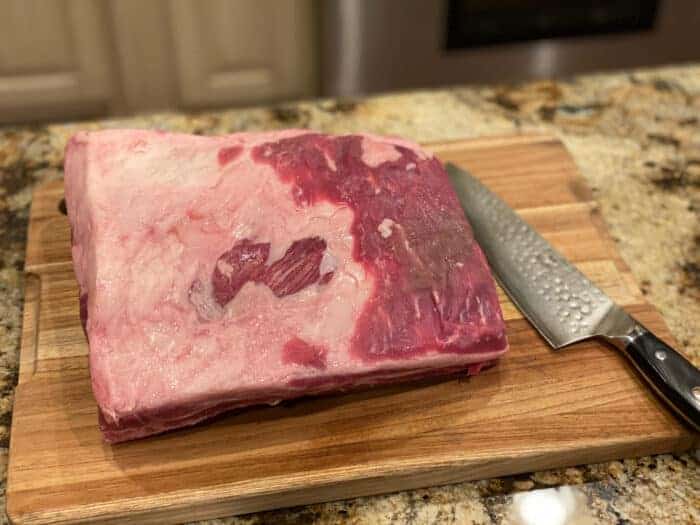 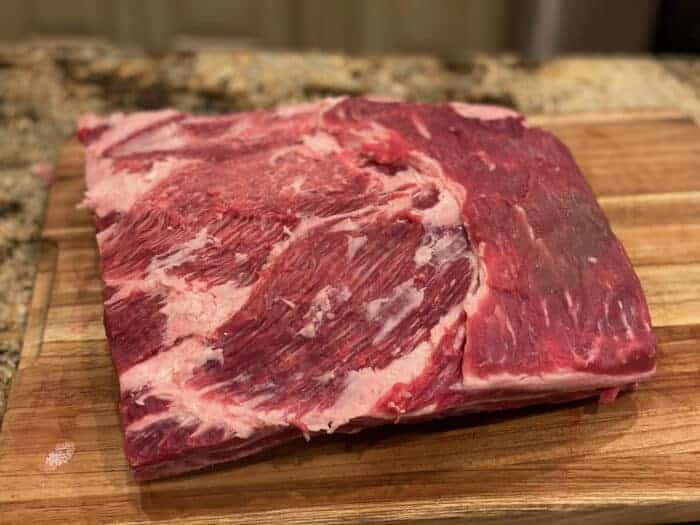 I decided to keep these simple and just use my Texas style rub (Purchase formula here | Purchase bottled rub) on the top. 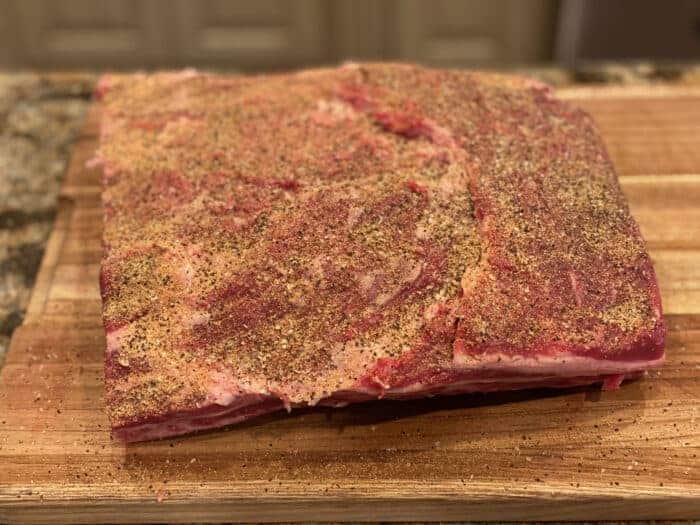 After applying the rub, I let it sit for about 20 minutes. During this time, the rub mixed with some of the juices in the meat and became a sort of paste.

You can see the difference it made in the image below: 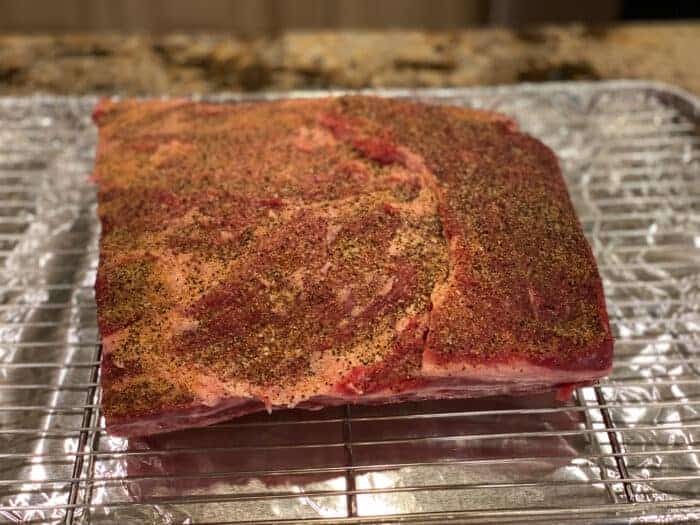 The beef ribs are now ready to cook.. I placed it on a pan with a rack to not only reduce cleaning time on the smoker but also to allow quick and easy transport to and from the smoker. The rack is about ¾ inch above the bottom of the pan and allows full smoke access on all sides of the meat.

Set up your smoker for cooking at about 225°F with indirect heat.

Note: most smokers are already designed to work this way. If yours has a plate, water pan, etc between the heat and the meat, then it's set up for indirect cooking.

If your smoker uses a water pan, fill it up.

I used the Camp Chef Woodwind Wifi with Pit Boss Competition Blend pellets for this cook. I get great results with the PB pellets and they are very inexpensive and can be found in several local stores.

For the first 4 hours, I ran the CC on High Smoke which maintains an average of 220°F and it never veered more than 10 degrees from 220°F during this time.

After 4 hours of cooking, the beef ribs reached 160°F in the thickest part of the meat between the bones. 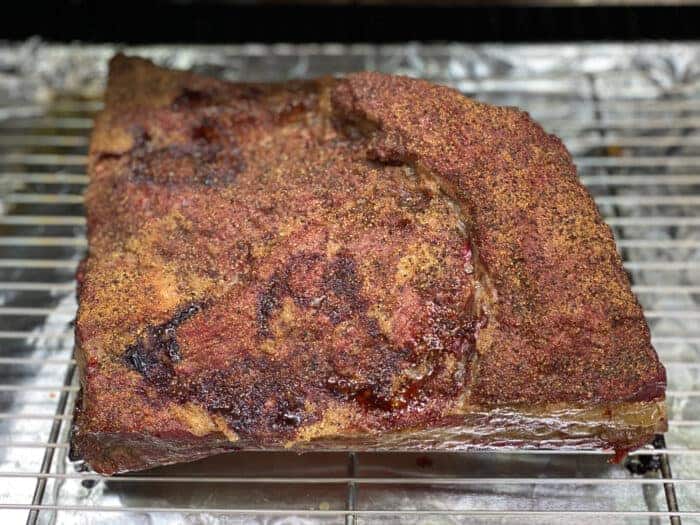 At this point I poured 8 ounces of beef broth into a foil pan: 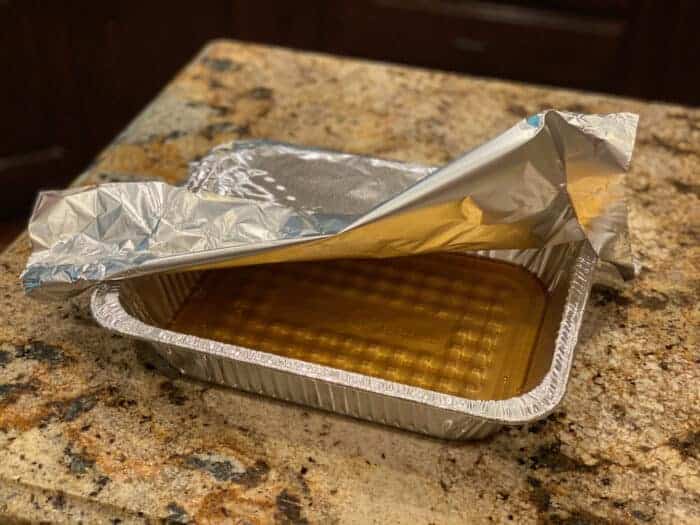 Then I placed the meat into the pan: 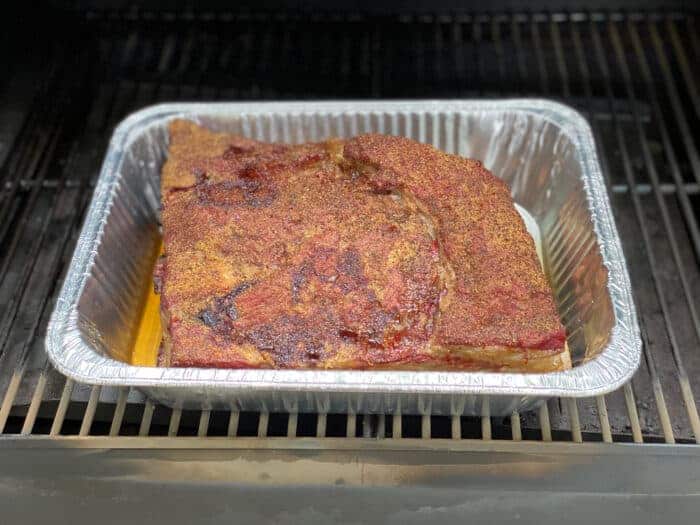 It was covered tightly with foil and placed back onto the smoker grate. The heat was cranked up to 275°F to braise the meat and make it super tender. 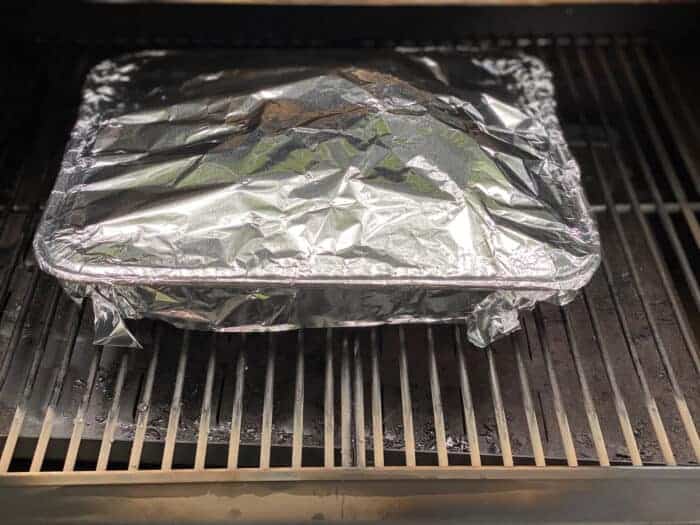 Every rack of ribs is different so be sure and check them at about 1 hour covered and see where they are temperature wise.

At 1.5 hours my smoked beef ribs had reached 201°F and when I pushed a probe into them, there was absolutely no resistance and I decided to call them done. 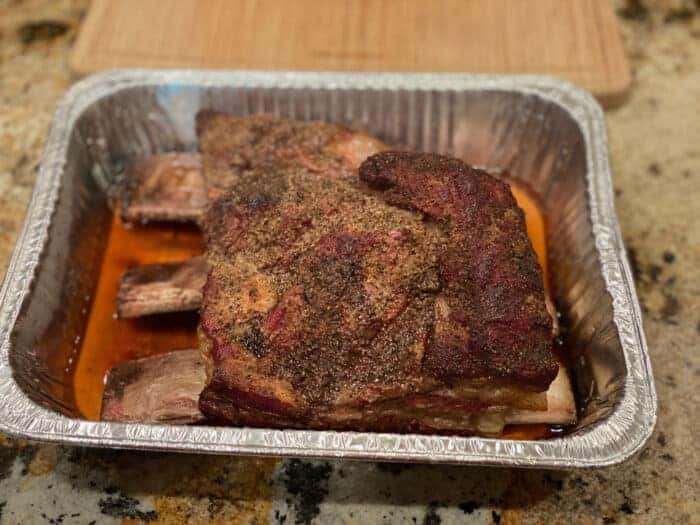 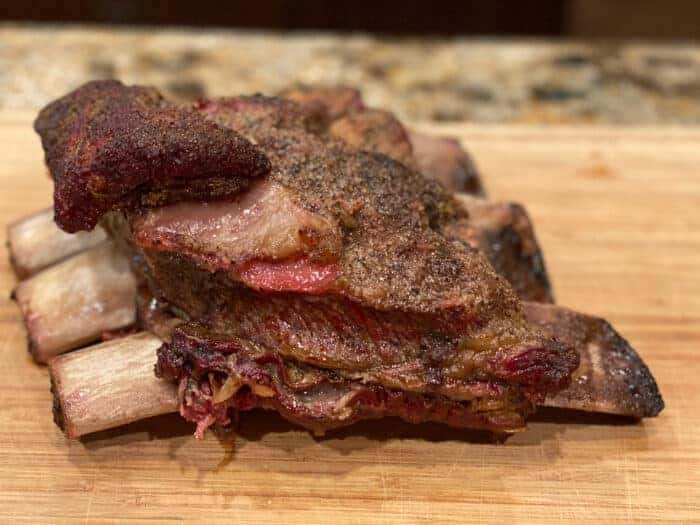 After removing them from the smoker, place the entire pan into a cooler for at least an hour. 2 to 3 hours would not be a bad thing if you get them done way ahead of dinner time.

Slice the ribs right between the bones and serve 'em up to your guests. 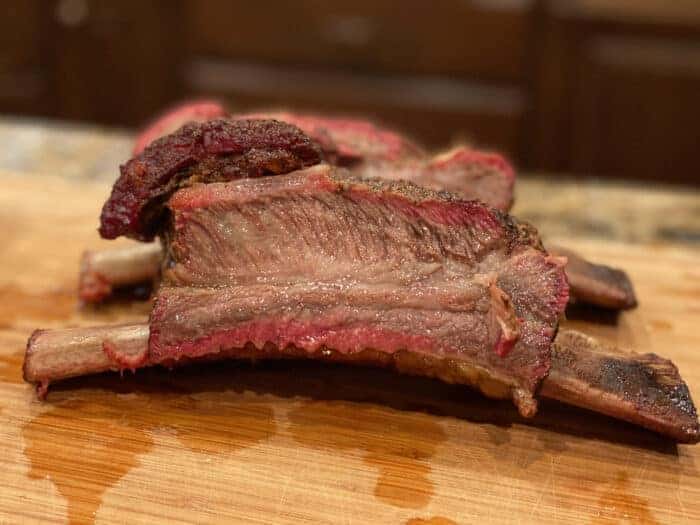 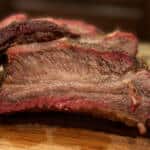 I got this huge rack of dino ribs (beef plate ribs) from Porter Road this week and they were just screaming to be smoked!
Prep Time10 mins
Cook Time6 hrs