I came up with the idea for pimento cheese stuffed jalapenos made like an ABT (atomic buffalo turd if you must know) with the pepper wrapped in a piece of bacon only to find out later that I wasn’t the first to do this. What can I say.. great minds think alike I suppose!

It’s a great idea nonetheless and a great alternative to the traditional cream cheese and cheddar we normally stuff inside of an ABT.

Give this a try SOON!

*For the bacon, I use a half piece of bacon for the half pepper boats. Most thin cut bacon will have about 13-16 slices but you should probably count them while you are in the store to make sure you get enough. The more slices per pound = the thinner the bacon.

Cut the peppers in half length-wise leaving the stem on each piece for a handle.

Use a spoon to remove the pith (white stuff) and seeds. I “borrowed” a teaspoon from Abi’s kitchen and sharpened the edges with a file to make this job easier. (maybe she won’t notice😉)

The sharpened spoon made a quick job of it. You can also use a grapefruit spoon if you have one of those.

I did not make my own pimento cheese but rather bought a few different kinds to see if it made a difference in the end.

Note: For the Tulsa locals.. I found all of these pimento cheeses at Reasors. Places like Krogers, Safeway, Food Lion, etc. should also have a few good selections as well and/or if you happen to make your own.. that would be awesome as well.

On the left is the basic store brand. The next one is more fancy and has added jalapenos (why not, right?). The third one is also fancy but is just the classic pimento with nothing extra added in.

I tasted of each of these before stuffing the jalapenos and there was a definite difference in the fancy ones vs the basic.. much better flavor but I still wasn’t convinced I’d be able to tell that once they were stuffed, wrapped in bacon and smoked.

There’s no right or wrong way to do this.. just use a spoon to get the mixture into the half pepper boats.

I used the containers to let me know which peppers where stuffed with which type of pimento. I later marked the types on the side of the pan.

Cut the bacon in half if your peppers are small to medium. If you get hold of some that are large or extra large, you may need a whole piece of bacon for each ABT.

I made mine work with a half slice but several of them really needed a whole slice and I should not have been so stingy with it!

All of the peppers filled and wrapped and looking right “purdy”!

Give them a good sprinkle of my original rub  and they are ready for the smoker.

Set up your smoker for cooking at about 225-240 °F using indirect heat. If you are using a pellet smoker like I did, the lower the heat the more smoke you will get so you will want to opt for a temperature of 220-225°F for at least the first hour and then you can turn them up if you want to.

If you have a smoker that uses a water pan, fill it up.

I like to use a pan with a rack to make it really easy to insert and remove the peppers from the smoker.

These will take about 3 hours for the pepper to get really soft and the bacon to crisp up. Use your best judgement and call them done when they are perfect.

These were all utterly delicious.. I could not tell the difference in the various types of pimento although my wife and youngest daughter claimed the fancy was much better than the cheapo. Try it and let me know what you think.

I was an engineer (IE & ME) in a previous life so this appeals to me.. the person removing the stems could also be cutting them in half to balance out the work and reduce bottlenecks.

If you only have one other helper, perhaps one could remove the stem and core while the next person cuts them in half and stuffs. You could then work together to wrap with bacon.

As you can see, this can be engineered down to a well oiled machine..

If jalapeños are just too hot for some, you can soak them in sprite or some other lemon lime soda for a couple of hours once the seeds and veins are removed. You can do this whole or in halves.. works great either way.

Some of the spiciness will leach out into the soda and the peppers will become more mild. The longer you soak, the more mild they become.

Save the soda to use when marinating chicken or some other meat.. it will give them a nice jalapeño flavor.

I know some of you are wondering.. I have no idea if you can use other types or flavors of soda. I heard about this trick several years ago and it worked so I figure if it’s not broke…

As I mentioned, anytime you are wrapping things in bacon for the smoker, thin bacon usually works best.

Bacon is usually not labeled as “thin” but what you can do is count the slices to see how thin it is. If you find a pound size package of bacon and it has 13-16 slices, it is cut fairly thin. The more pieces of bacon in the pound package, the thinner the bacon. 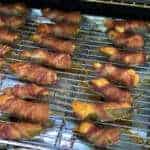 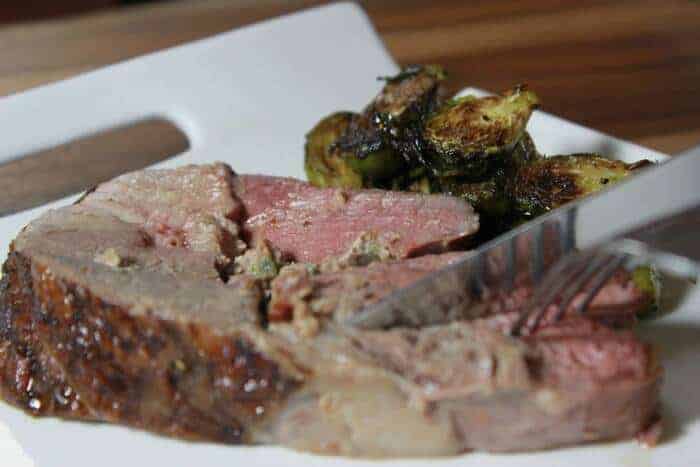 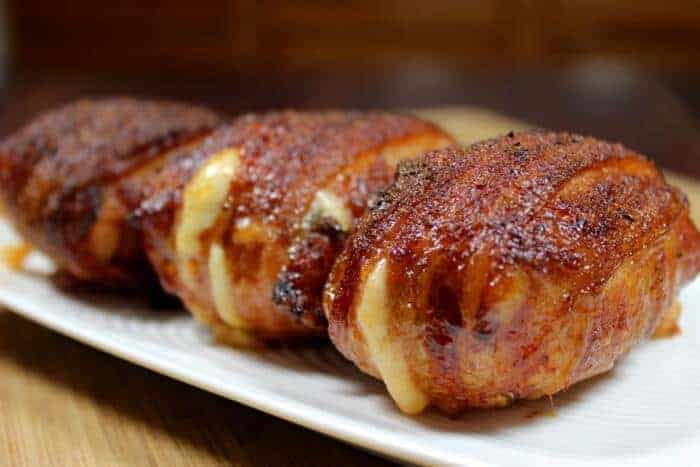 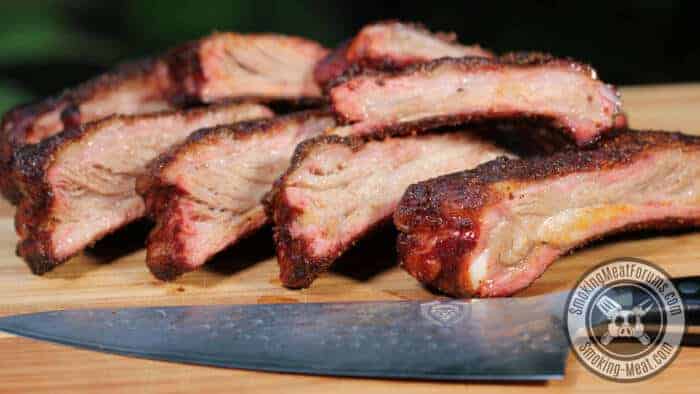 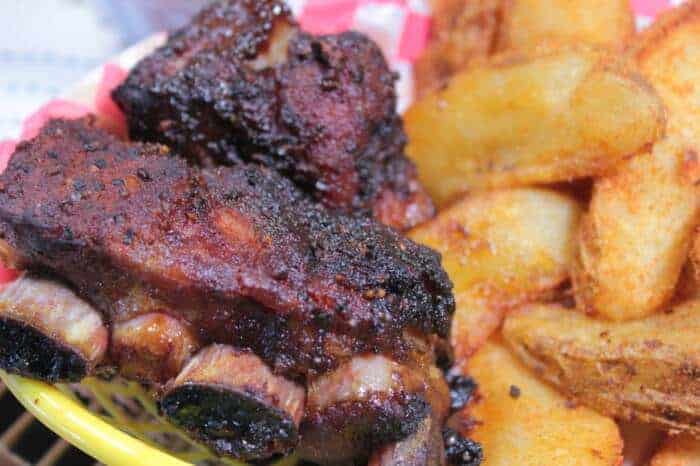 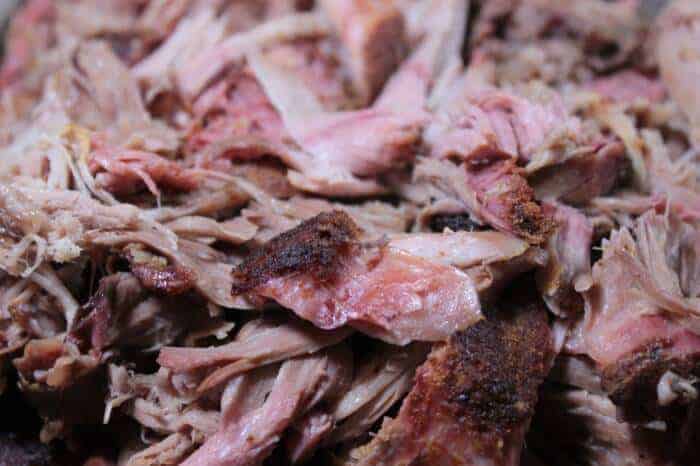