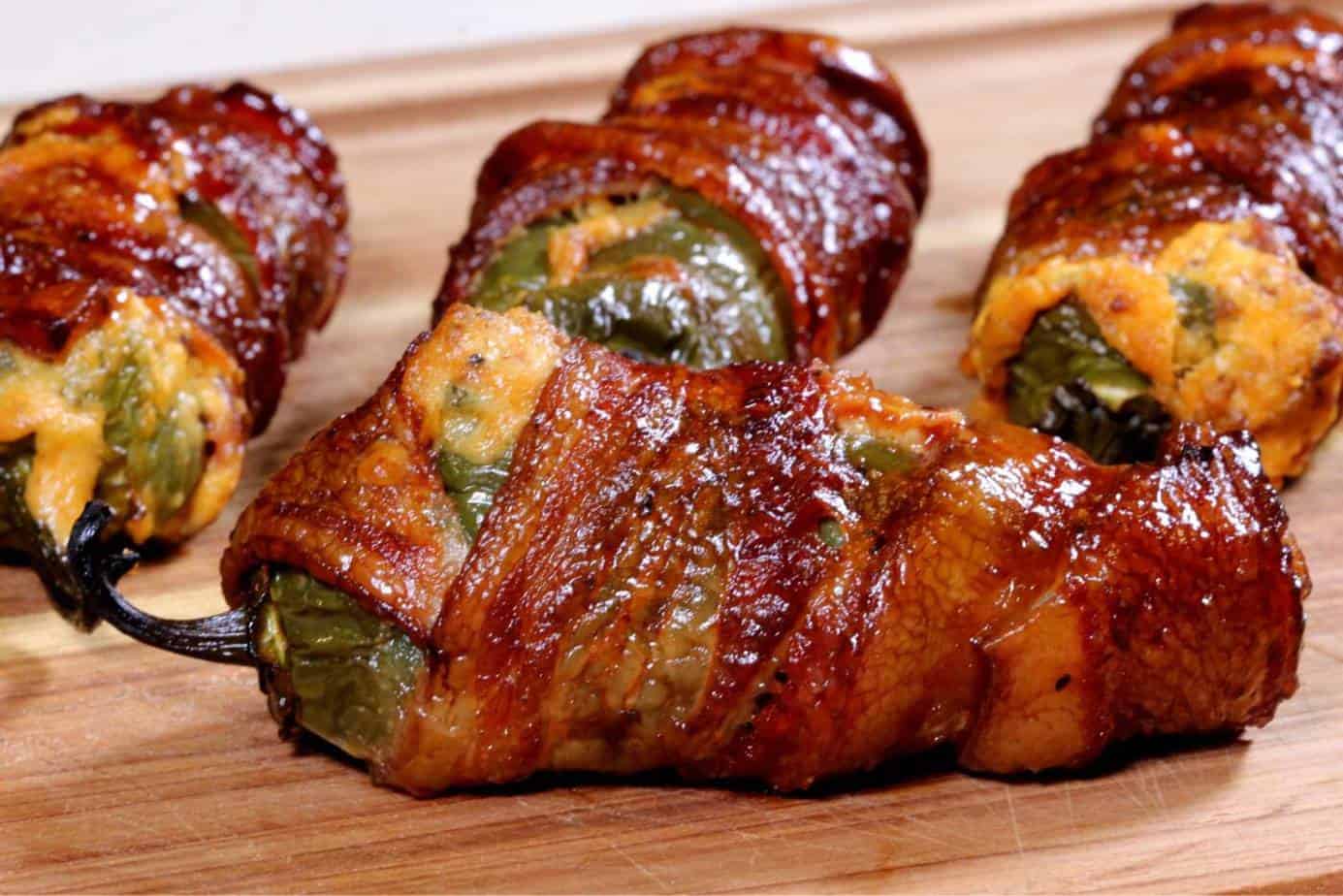 These “Texas twinkies” were named and made famous by Hutchins BBQ in McKinney, TX. Many of us have been stuffing peppers with cheese and meat and wrapping them in bacon for as long as we can remember but this version uses whole extra large peppers stuffed full with delicious smoked brisket, wrapped with a thick slice of bacon and smoked until perfect.

As usual, I've put my own spin on these but I will go over the exact way that they make them in McKinney, TX so you can duplicate that at your house if you're so inclined.

Remember that Wooster brisket I cooked a while back (hopefully you've had a chance to try it too)? I had a couple of pounds of bits and pieces from the fatty point of that smoked brisket and that's what I used for this recipe.

Let's get to stuffin' and wrappin'!

When acquiring the peppers, it's important that you hunt around and find the largest jalapenos you can find. I happen to know that my local grocery store always has large ones so that's where I went and I was not disappointed. These peppers where super-sized!

Caution: If you are not accustomed to handling raw peppers, it is advisable to wear gloves for this exercise. If you choose to not wear gloves, don't touch your eyes, nose or any sensitive part of your body until you have washed your hands several times and you are sure that the oils have been removed.

To prepare the peppers, I cut a “T” in them to give me ample access while reducing the ability for them to leak cheese during the cooking process. The pictures will explain what I mean:

Cut halfway through right below the stem.

Then cut a slit from the top of the “T” to the point or bottom of the pepper.

Use a thin, sharp knife to get in there and remove the seeds and veins while carefully prying the pepper open with your fingers. This is harder than it looks at first but once you've done a couple you'll get into a rhythm and it's not as painstaking as you might assume.

Remove as much as you can and then just simply give them a rinse under cold water to get rid of the remaining seeds.

Take a little nibble on a couple of the pepper edges to see what the heat level is. If they are hotter than what you like, simply soak them in sprite or 7-up or a generic version of these for several hours to remove some of the capsaicin. About 2 hours is usually sufficient.

Grate about 2 cups of the smoked gouda

Heat up the meat in a skillet.

Place 8 ounces of the softened cream cheese along with 1 cup of the grated cheese, 1 cup of meat and ¼ cup of Jeff's original rub into a bowl and mix together.

I made a batch of smoked brisket mixture along with a batch of chorizo mixture.

FYI: I placed the chorizo in an iron skillet and cooked it until brown before using it.

After a good mixing..

How much of this mixture you'll need depends entirely on the size of the peppers you find.

Fill the peppers as full as possible with the meat/cream cheese mixture.

See that pepper in the front that does not have a stem end? I accidentally snapped it off and will need to wrap it differently to make sure I don't lose any of the cheese.

You'll need a thick slice of bacon for every pepper that you have stuffed.

Wrap the bacon around the pepper beginning at one end and working your way to the other. It is important that you cover the cut areas on the pepper as much as possible to reduce the possibility of the cream cheese mixture escaping during the cooking process.

Use a toothpick to secure the bacon.

All done and ready for the smoker!

I placed these on a Bradley rack to make it easy to transport these around. You can also use a Weber grill pan (which I absolutely love) or a pan with a rack like this one.

These are so easy to cook and you can use ANY smoker for these. You can also use the grill or even the indoor oven if you haven't purchased a smoker yet.

Preheat your smoker to 225°F (107°C) using indirect heat and if your smoker uses a water pan, fill it up.

I used pecan wood for these as it gives off a really delicious smoke but you can use whatever smoking wood you have available.

Once the smoker was heated and ready to go, I placed the bacon wrapped peppers directly on the smoker grate. I could also have left them on the rack and they would have done just fine.

Let the smoke flow for the entire time and when the bacon has a good bite-thru and the peppers are soft to your liking, they are done. Mine took about 3 hours at 225°F (107°C).

Step 6: Serve and Watch for Smiles

Just as soon as they are done, hide a few and then watch them disappear. If this don't bring smiles to the faces of those you cook for, then nothing else will!

This version of stuffed peppers is labor intensive but they are well worth it in the end. As always, the pepper with the cream cheese and the bacon along with the delicious smoked brisket added in just melted in my mouth and I could have eaten the whole batch by myself! 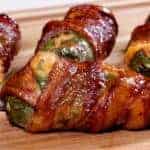 Super-sized jalapenos stuffed with cream cheese and brisket then wrapped in bacon and smoked until perfecly done. Named and made famous by Hutchins BBQ in McKinney, TX. 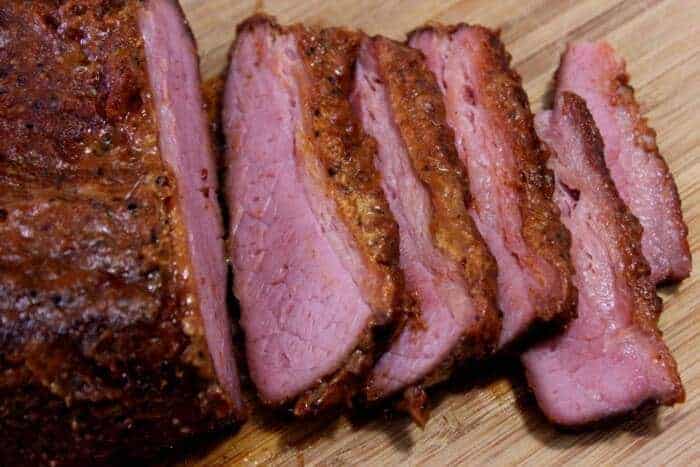 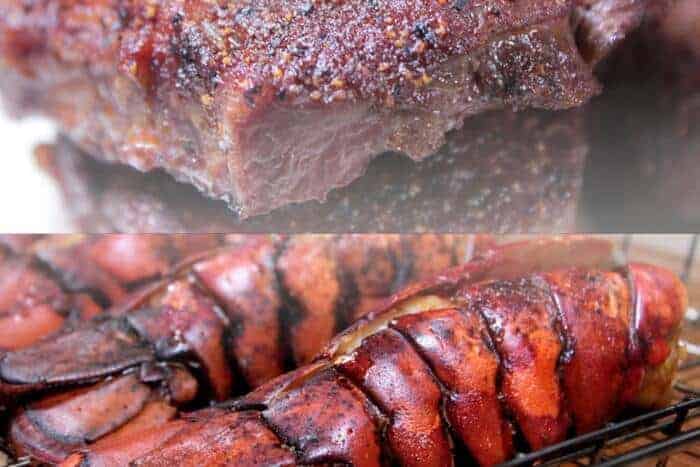 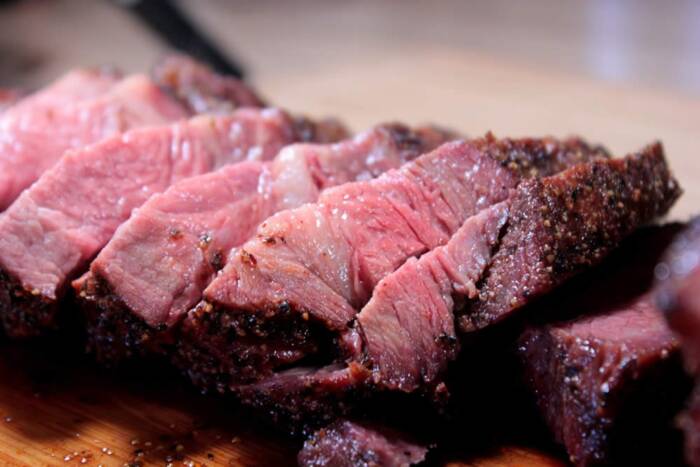 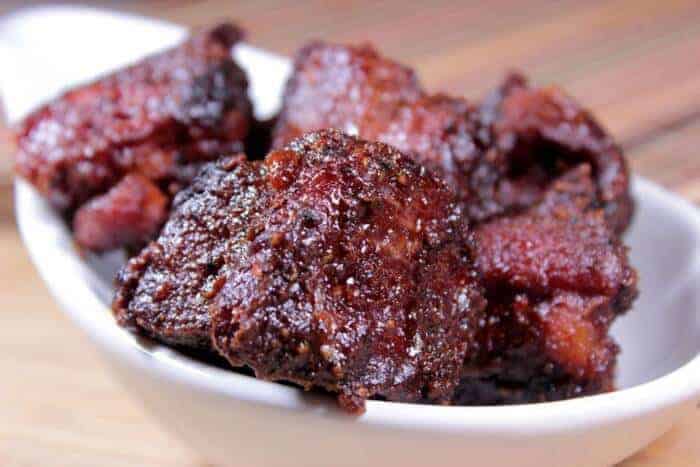 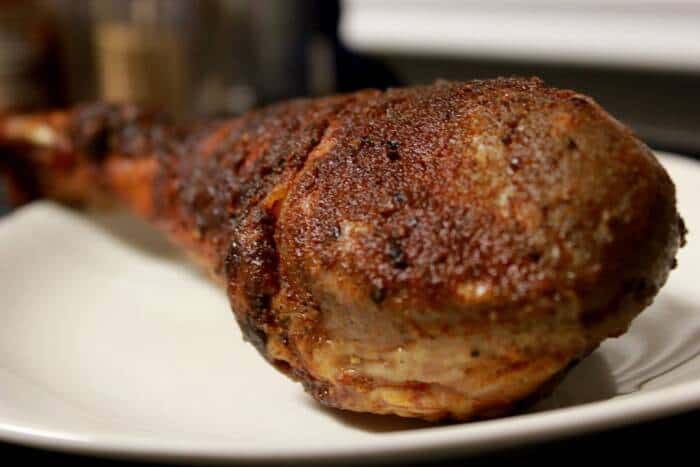 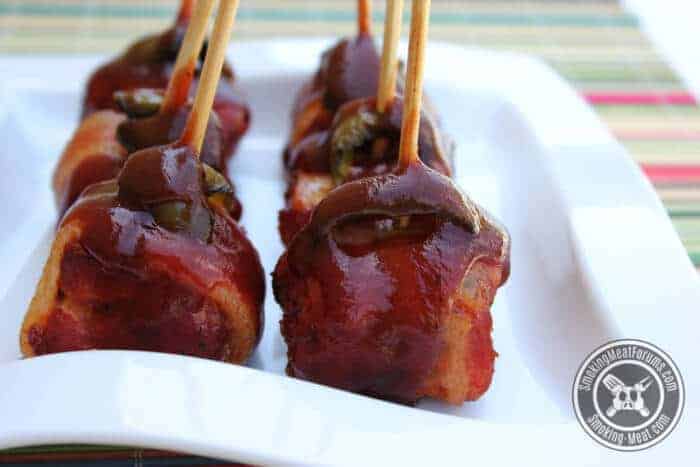